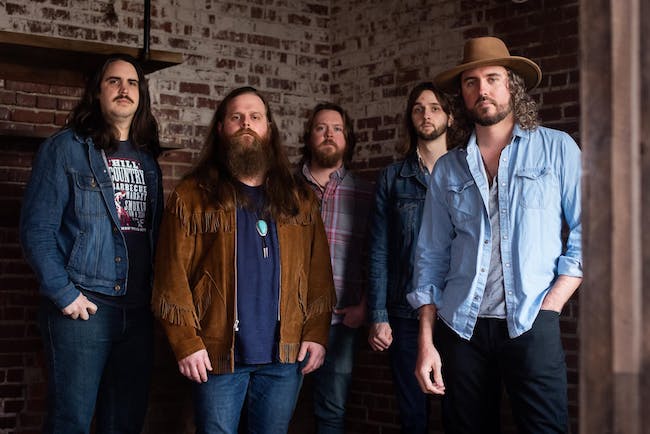 Following three European tours, four full-length albums, and a tour schedule packed with more festivals and venues than ever before, The Vegabonds are forging into their second decade spreading the gospel of pure New South Rock.

The quintet joins LA -based Blue Elan Records with the first album deal of their career. The new record, “V”, symbolizing their fifth release, will debut worldwide in January. Produced by Tom Tapley in Atlanta, The Vegabonds’ highly-anticipated release audibly illustrates their unconventional yet contagious self-titled genre of rock. With Americana, Country, and Rock influences, The Vegabonds’ sound is one that cannot be duplicated, manipulated, or pigeon-holed. After his work producing the band’s critically acclaimed album “What We’re Made Of” and the “Long Haired Country Boy” single, Tapley’s execution of albums for Blackberry Smoke to Sugarland, Tyler Farr to Mastodon, highlights the best of The Vegabonds’ unique musicianship, vocals, lyrics and sound.

The Vegabonds give their fans a sensational performance with powerhouse guitar riffs and impactful songwriting night after night. Their hard work and unbridled talents have not gone unnoticed; the group has opened for such notable acts as Lynyrd Skynyrd and the late Gregg Allman, among others. Rousing performances at festivals like Peach Festival, Sweetwater 420, and Taste of Randolph, grew their notoriety nationwide. It’s no wonder that Live for Live Music has compared them to musical legends like My Morning Jacket and The Black Crowes, calling them “a force to be reckoned with,” complete with “gorgeous harmonies and impressive instrumental skills making for a perfect combination.”

The band got their start in 2009 by playing the college circuit across the Southeastern United States. Fronted by lead vocalist and songwriter Daniel Allen-with Richard Forehand (lead guitar/vocals), Paul Bruens (bass), Beau Cooper (keys/vocals), and Bryan Harris (drums) rounding out the quintet-their popularity quickly burgeoned to the point that they found their fans singing along word-for-word to their first hits like “Georgia Fire” and “American Eyes.” Through pure word of mouth, the group’s fan base grew rapidly, and the guys learned they had something distinctive with their eclectic mix of roots music and earnest songwriting.

Born in Alabama. Bred in Nashville. Seasoned by the Road. Celebrated the world over. Come let your hair down with The Vegabonds. 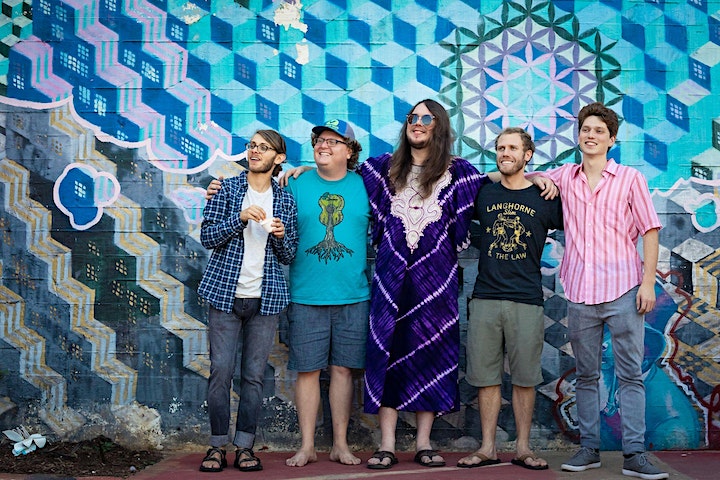 From late night jam sessions at the University of Virginia to main stages at venues and festivals throughout the country, Kendall Street Company has broken the mold of improvised rock and enters a world of jazz-grass infused psychedelic bliss. With no two shows ever the same, word of mouth has quickly grown a ravenous fanbase eager to hear their favorite studio tracks explored and extended as part of a live community. As seasoned KSC fans can tell you, any one of their songs could easily turn from a fun sing-along, into a cacophonous headbanging garage-rock soundscape or Klezmer-disco dance party, and then resolve into a peaceful ambience that evokes nostalgia of your childhood. Averaging over 100 shows per year since 2013, the band is currently comprised of Louis Smith [Acoustic guitar, vocals], Brian Roy [Bass, vocals], Ryan Wood [Drums], Ben Laderberg [Electric guitar], and Jake Vanaman [Saxophone]. For such a young band, their accomplishments are sincere. Kendall Street has performed at festivals such as Lockn’, Roosterwalk, Floydfest, Resonance, and Domefest and has opened for acts such as Papadosio, Umphrey’s McGee, Tauk, and Leftover Salmon. All the while, the band has proudly released three records and two EPs. Their most recent 2019 release, “Lunar Dude” showcases their versatility and virtuosity, and was met with overwhelming support. 2020 is building up to be the biggest year yet for the band. Along with two (or perhaps three) new records on the horizon, their upcoming Winter/Spring tour will take them all across the country in Woody Guthrie fashion. From Louisiana to Texas, Colorado to Wisconsin, Ohio to Boston, New York City and more, the band has no intent of slowing down any time soon. See you on the road!