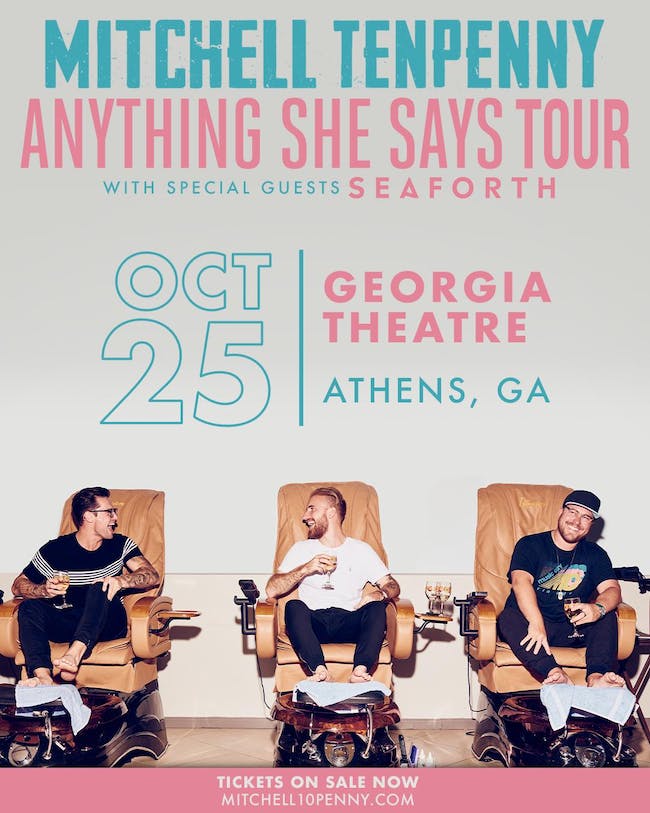 Mitchell Tenpenny - Anything She Says Tour 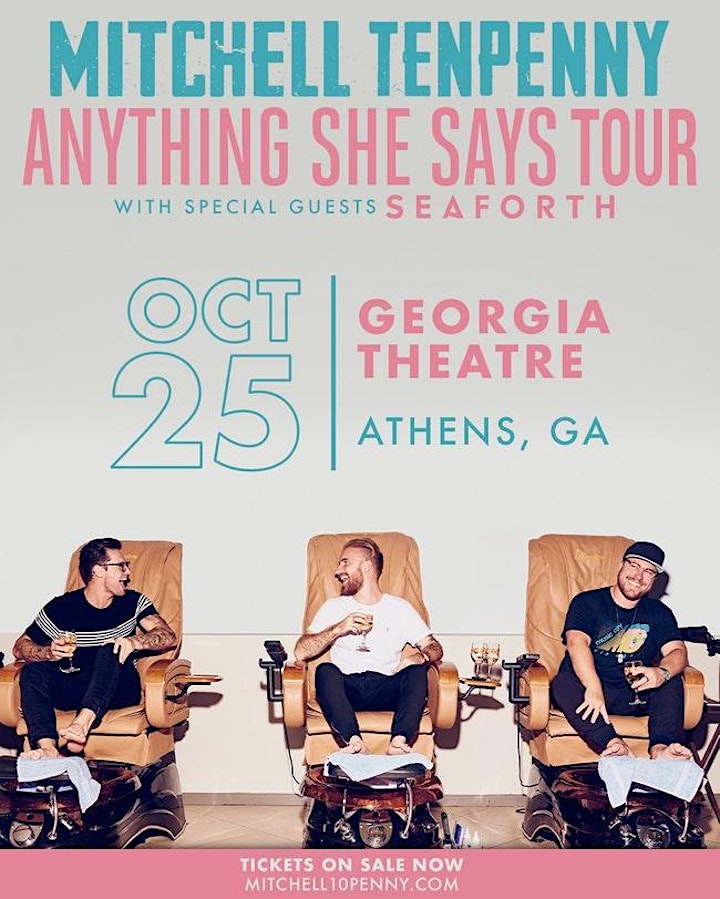 No Refunds. No Exchanges.

“I wanted to tell a bunch of different stories on this album, but they all had to be authentic and believable to me,” says Mitchell Tenpenny. “What I was feeling at the time, where I was in my head, what’s going on in the world, it all contributed to the end product. The songs that made it were the ones I was sure that I was passionate about getting on there—what I was proud of, what I really wanted to say.”

On the heels of his Platinum-certified No. 1 single, “Drunk Me,” comes Tenpenny’s major label debut album, Telling All My Secrets. Revealing a wide range of influences and a level of assurance and confidence that comes from already having years of songwriting and touring behind him, the record marks the arrival of an artist recently singled out recently singled out as one of Pandora’s Artists to Watch in 2019, MusicRow’s Next Big Thing honorees, and The Tennessean’s Next Nashville Stars for 2019.

Of course, these predictions aren’t all that bold, since “Drunk Me” has earned more than 170 million on-demand streams and surpassed 1 million certifiable units in the U.S. The singer claims that he knew the song was special as soon as he recorded it.

“Everything about it—the production, the hook, the performance—it felt like how I wanted to present myself,” he says. “We dug into that song and made it real cinematic and unusual. On the first playback, it felt like something Whitney Houston might do, and I thought, ‘This is what we need to be doing, this feels right,’ and it became the foundation of the record.”

Not that you can ever anticipate the kind of explosive success that “Drunk Me” has had. “You never know what’s going to happen,” says Tenpenny, “but I was confident enough to be OK with it if it failed. I knew I gave it my best, gave it my all. That’s something I learned playing football—my coach used to say that you can’t be afraid to lose. So with this song, I could go in fearless.”

That sense of clarity is largely a result of the relationship that the Nashville native had with his grandmother, industry veteran and the first female CEO of Sony/ATV Music Publishing, Donna Hilley. “I was very lucky,” says Tenpenny. “I got to grow up in this business, see it—I saw how my grandmother treated writers, and how important it was to the town. It’s a small circle of friends in this industry, and she always treated people right.” (This attitude also presumably helped Tenpenny in the album’s collaborations with such stellar songwriters as Hillary Lindsey, Devin Dawson and Josh Hoge.)

Tenpenny first picked up a guitar at the age of 13, and after graduating with a music business degree from Middle Tennessee State University, he began his professional career. The 2015 Black Crow album featured cameos from the SteelDrivers, Ace Frehley and Brian “Head” Welch from Korn. In 2017, his Linden Ave. EP made it to No. 6 on the Billboard “Heatseekers” chart.

Concurrently, he was seeing success as a songwriter, most notably co-writing Granger Smith’s Top 10 hit “If the Boot Fits.” Along the way, he has toured with the likes of Maren Morris, Jake Owen, Brett Young, Cole Swindell, Lynyrd Skynyrd and Dustin Lynch.

Though most of the album was written since the completion of the Mitchell Tenpenny EP, a few of the song go further back. “I wrote ‘Goner’ a long time ago,” he says. “That’s one of my favorites ever. I gave it my best John Mayer/ Michael Jackson impression—not that I ever thought, ‘I want to sound like that,’ but I can hear my own experiences in there, a combination of the music I’ve grown up with.”

Tenpenny embraces the idea that he’s part of a new generation of country artists who grew up listening to a diverse range of styles. “I never gave much thought about which genre I am,” he says. “You can hear rock, pop, gospel, but the lyrics always stay to what I am, to Nashville. It would be inauthentic for me to try to be Hank or Waylon or Willie—I want to transform and keep creating, I want to hear new, exciting things. We have to be able to change sounds or we’re going nowhere.”

The album’s final song, “Walk Like Him,” is the most personal track for Tenpenny. “It’s the first song I wrote about my dad after his passing, and it took a few years,” he says. “My family all say that I really do walk like him. I remember I was driving back from a show in the van, the band was all asleep in the back, and it just hit me and I broke down—I wrote that hook that night. I’ve been wanting to get it off my chest for years, and I wanted the album to end on that emotion. I think anyone who has lost someone can understand the feeling.”

The momentum for Tenpenny continues as he has recently released his new single “Alcohol You Later” to country radio. He’s headlining his 12-date “Telling All My Secrets Album Release Tour” through February, and has already been tapped as an opener for Old Dominion’s “Make It Sweet Tour” in 2019.

The official line has been that Mitchell Tenpenny wrote 56 songs for the album that became Telling All My Secrets, his Riser House/Columbia Nashville debut, but he admits that it was really several hundred, and that he can feel the growth in his work as he gains more experience. “My writing is getting more mature, more honest,” he says. “When you’re younger, you’re afraid to sing a lot of things, but as you get older, that wall starts to fall down. I’m talking about things that people my age are dealing with on a daily basis, and the best thing is have that vulnerability.

“I’ve seen more, traveled more, and you see the world and learn what people want. As you get older, you get a little wiser—I’m not saying that I’m wise, but I’m learning every day, and that comes out in the songs.” 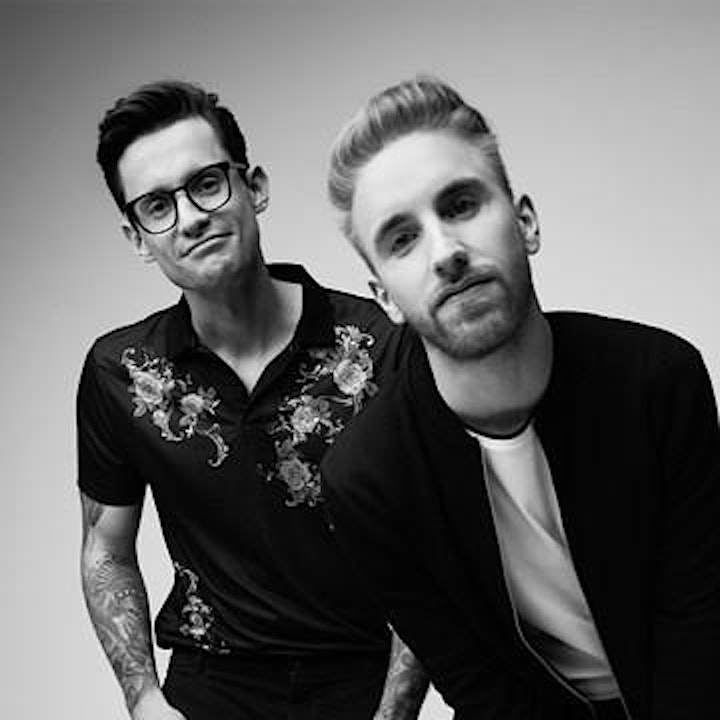 One band. Two songwriters. Over 20 years of friendship. A 9,000-mile move from the Northern Beaches of Australia to Nashville, TN.

Years before their hook-heavy music brought them halfway across the world, Jordan and Thompson grew up in the same Sydney suburb. They were childhood friends, crossing paths for the first time at three years old and sharing a number of experiences — from soccer games to high-school classes — during the years that followed. Somewhere along the way, they found themselves drawn to similar music, too, listening to modern songwriters like Keith Urban one minute and old-school acts like the Beatles the next.

That Sydney suburb was called Seaforth. It was an inspiring hometown — warm, sunny, and located right on the harbor — and it gave the boys a place to cut their teeth as artists.

Years later, Jordan and Thompson both found themselves in Nashville, having traveled to Tennessee for a songwriting trip together. There — in the same city that helped transform one of their heroes, Keith Urban, from Australia's best-kept secret into a global phenomenon — they decided to officially team up and form a collaborative project that highlighted their genre-jumping songwriting chops, elastic voices, and layered harmonies. Now an official duo, they aspired to permanently relocate to Nashville…but not before nodding to their shared roots by naming the band Seaforth...