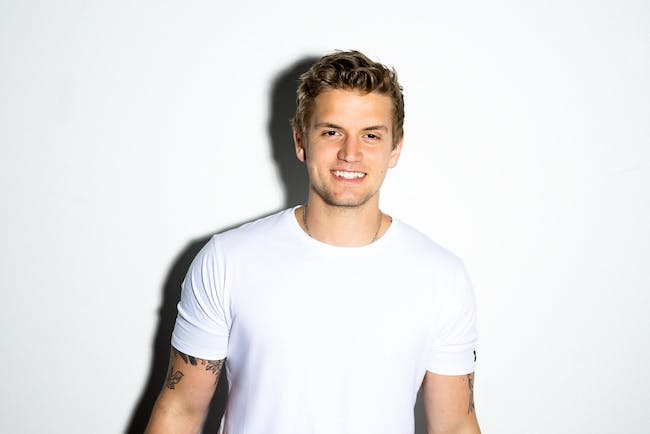 Levi Hummon made his imprint on the Nashville community long before he realized the extent of his craft. Born and raised in Music City, Hummon was surrounded by music greats. A product of his environment, he was named one of Entertainment Weekly’s 5 Artists Breaking Now and Rolling Stone Country’s ‘One to Watch.’ According to Taste of Country Hummon’s latest EP, Patient, “proves his singer-songwriter mark will be distinct” and CMT praises that the songs feature “lyrical content chock full of vulnerability and heart.” Hummon spent the end of 2019 on tour with acts such as Tim McGraw, Keith Urban and Lady Antebellum. With recent features in Billboard and Forbes, and over 75 million on demand streams, Hummon is ready for 2020 full of new music and touring. More information on Levi Hummon can be found at www.levihummon.com 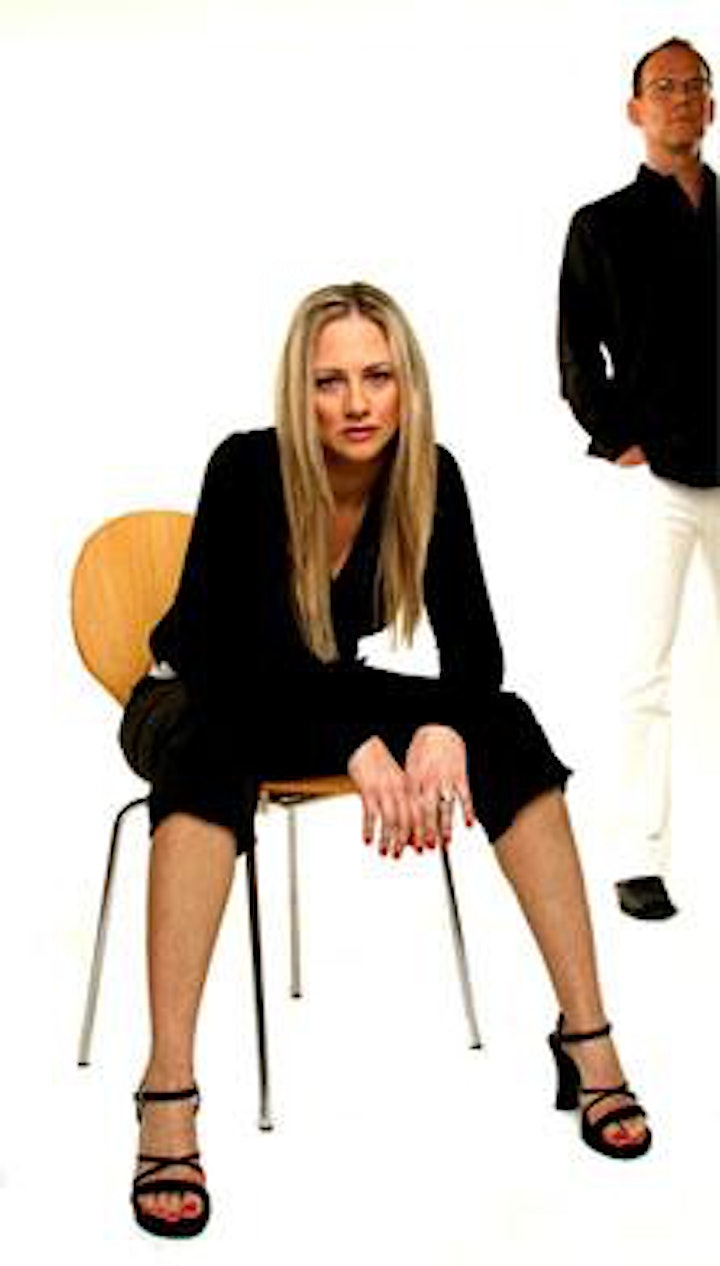 While best known for Billboard dance hits “Sunrise”, “Ocean Drive”, “I’m Listening, and remake of Roxy Music’s “More Than This”, Madison Park is downtempo duo, DeAnna and James Cool (yes, “Cool” is their real last name). A marriage of music and mayhem, the couple launched their record label, basicLUX Records in 2002 and executive-produced a series of chill-out/smooth house compilation CD’s, (including the critically acclaimed New Sound Theory series). New Sound Theory, Volume 1 was released early 2003 and naturally featured a few tracks by the duo, namely “My Personal Moon”. “My Personal Moon” unexpectedly garnered immediate attention, causing it to be released as a single which in turn hit the Billboard Dance Sales Chart. It was then that Madison Park decided to release their debut full-length CD, Boutique, earlier than planned. That was March of 2004.

James (multi-instrumentalist/producer) and DeAnna (vocalist/songwriter/animal-advocate) began working together after meeting through mutual friends. They quickly discovered their shared passion towards similar types of music (their influences include: Roxy Music, EBTG, Goldfrapp, Kate Bush, Sade, Ryuichi Sakomoto) and began weekly recording sessions where the two would collaborate on fresh downtempo gems at Synchronized Sound in Atlanta. DeAnna shares a funny story, “James gave me a few tracks to write vocals to and when I returned to the studio the following week, excited to share my writings with him, he suggested we just strum through the melodies first as he casually reached for his guitar. Feeling slightly nervous I brought the mic in closely and began to sing when James lifted his guitar behind his head and started jammin’ out. I fell out laughing. That’s just who James is… If things start to get too serious, he’s known to get silly. So I knew then we would make for a perfect balance. Because making music together – which we take most seriously, I can get quite intense and the reality is it also has to be fun. It’s work, definitely, and it’s always good to get a laugh on while you work.”

It was then that Madison Park created an initial 10-track demo CD the two refer to as Barney, only because the CD cover is purple. “I hate purple. How did we end up with purple?” DeAnna looks at James. “We actually like the cover art, the color not so much. But anyway, we started shopping this demo CD to various labels and the reaction was really cool. But what we learned is, we would be giving away a lot more than we were willing, including artistic control. And that is not something either of us could do.” Still wanting to test the waters a little further, that’s when they decided to make their first release a compilation CD including a variety of artists both here and abroad, meaning New Sound Theory, Volume 1. It was also at that point when “My Personal Moon” garnered such attention and Boutique became a focus for them. Both “Ocean Drive” and “My Personal Moon” became Billboard hits for Madison Park. Other encouraging things took place such as Boutique CD becoming ‘the most added album to college radio the week of its release’.

Their sophomore album would be released June 20th, 2006 titled In the Stars. By matching the slickest production with the sexiest pop sensibility, In the Stars became more than just pedestrian beats and bobs. This finely crafted electronic pop music floats through many different genres and moves both the body and the soul. Those familiar with today’s modern dance music realize what a rare and powerful combination this is. MTV NewNowNext stated “Madison Park’s In the Star’s is a pop-flavored treat. Give ’em a spin!” As a “Top 10” iTunes dance album for multiple weeks, In the Stars also produced more Billboard dance hits such as “I’m Listening” (also making the Billboard Sales chart) and “More Than This”. “More Than This” brought many new fans to the Madison Park scene as it became the second most-played internet dance track for 16 consecutive weeks, following Kaskade’s “Steppin’ Out”.

December 9, 2008 marks the release of Madison Park’s third album, Another Yesterday. Again, substantial radio hits came from the album including title track “Another Yesterday” and “Come Out And Play”, a collaboration with Swedish house artist Monodeluxe. Later that year Madison Park’s remix of Nina Simone’s “The Look of Love” was placed in the film Sex and the City. It was right around that time that they launched a new remix contest through Peace Love Productions Acid Remix where they met Dutch dance producer Beechkraft for his winning placement remix of “Another Yesterday”. Due to that, Madison Park and Beechkraft went on to produce several singles together including radio favorite, “Fascinated” and current Billboard Club/Play charter “Sunrise”.

In between full-length CD’s, Madison Park released scores of singles and executive-produced four volumes of New Sound Theory, as well as titles Roxy Remodeled, In a Trance, The Mistletoe Lounge, Holiday Remixed, Summer Vibin’, while writing material for additional bands and cinematic projects including Sony Legacy’s Billie Holiday’s “I’m Gonna Lock My Heart” and Nina Simone’s “The Look of Love”. “The Look of Love” appeared in the Sex and the City film and soundtrack.

Following a number of singles, in 2015 the fourth album was released titled MIX. This album was a collaboration with Dutch producer Beechkraft and contains 14 tracks, including a remake of David Bowie’s “Let’s Dance”; a remix that was not included in the set of remixes Madison Park released two years prior in 2013 (Madison Park “Let’s Dance” – The Remixes). The first single from MIX was “Parts of Me” which appeared on the World Chill Lounge Charts for 16 weeks. A remix package for “Parts of Me” was released May 5, 2016 including remixes from famed producer Lenny B, Sinna G, and Beechkraft. The next single from MIX was “Closer”. A remix package was released March 4, 2016 including remixes from Mike Rizzo, Craig C + Sinna G, Groovecatcher, Rob Moore, and Jan Areno. “Closer” achieved break-out #4 on Billboard Dance Charts and gained strong radio support from major markets. January 1, 2017 Madison Park released a new single, a departure from the album MIX. This new single titled “Don’t Let Go” was referred to as ‘the sound the duo makes best’ and ‘Madison Park going back to their roots” with strong radio support by a variety of radio formats, mainly house. The track fared even better once remixes were released May 26, 2017.