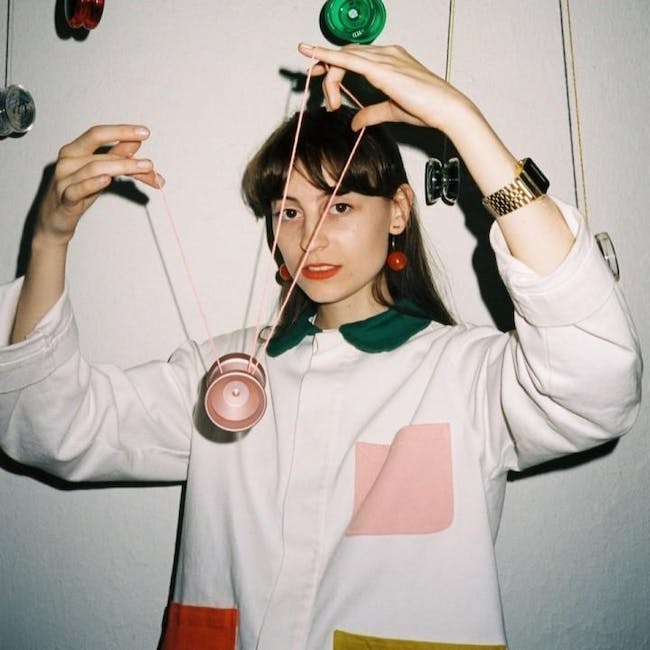 Faye Webster isn't afraid to tell you how she feels. Rooted in a familial lineage of folk, 21-year-old songwriter Webster's forthright, exposed lyricism pays homage to the great Americana traditions of songwriting while drawing from Webster's own experiences immersed in Atlanta's hip-hop scene. Her carefully-cultivated sound organically mingles that inherited country and folk with her time immersed in rap collective Awful Records, injecting the traditional with a clandestine jolt.

A decorated photographer as well as a musician, Webster's artistic mediums don't intertwine, instead running parallel to one another. The through-line is her exceptional knack for direction, an assured confidence in her own point of view.

"Kingston," the first new song since her 2017's sophomore self-titled LP, is quintessential Faye Webster. Awash in the haze of a humid Georgia summer, all lovestruck and dewy, "Kingston" glimmers with a hushed glitz: a mellowed punctuation of brass, the twang of pedal-steel, feather-light vocals unfurling like a sigh, and slinking hues of R&B.

In the accompanying self-directed video for "Kingston," we move through a blushing tangle of flamingos and lush palm trees, the sheen of red silk, a glimmering ice-rink. At the center of it all stands Faye Webster, in focus, gazing directly into the camera with a wide-eyed, unflinching gaze: the sharp, confident conductor in control of a dreamy haze.

“An adventurous version of indie rock, […] taking you on a journey.” -Chris DeVille, Stereogum

“Since forming way back in 2012, local foursome Wieuca has evolved from a messy, Pavement-aping slack-rock outfit to one of the coolest and most cohesive bands in town. Blending catchy vocal melodies with half-drunk guitar interplay and razor-sharp rhythms à la Parquet Courts, the group also flirts with anthemic Southern rock and jammy psychedelia. There’s also a healthy dose of irony to keep things fun.” -Gabe Vodicka, Flagpole Magazine

At its core, Wieuca is a fusion act. Having dabbled in aesthetics ranging from garage punk to triphop to folk, the group has always managed to bridge stylistic variations with a continuity in confessional lyrics, homespun recordings, and psychedelic sensory-overload. With a colorful visual identity to match, Wieuca’s focus has remained pointing out the beauty in the hideous and vice versa since its 2012 inception in Athens, GA. “Human Shield” highlights this seamless, if unexpected, fusion of sounds by enlisting Brooklyn rapper JAVAE to bring the vibe into a new hemisphere. There’s no reason why indie bands and rappers shouldn’t combine forces, but at least for now, this cut stands out as one of the very few examples.