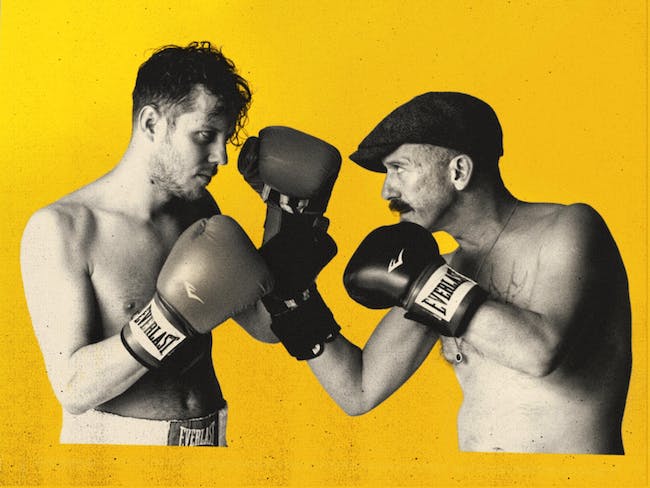 iCal
Google
THE 12 ROUNDS TOUR FEATURING ANDERSON EAST & FOY VANCE HAS BEEN CANCELLED. TICKETS WILL BE REFUNDED AT POINT OF PURCHASE.

Equally brash, bold and entirely uncompromising in their respective artistry, Anderson East and Foy Vance are set to hit the road together next spring for the stripped-down and double-billed 12 Rounds Tour. “It’s kind of terrifying but in a good way,” East says of switching up the typical format and touring with his longtime friend where every night of the 16-date trek, the wise-cracking troubadours will share the stage, swap songs and cover each other’s tunes. Oh, and also likely hurl a friendly insult or two each other’s way. Says Vance of the impetus for the joint tour, “It’s really a case of, why not? If the feeling’s good, go with it.”

Having made fast friends more than a decade ago when the pair met backstage at the Edmonton Folk Festival, and within minutes, East joined Vance onstage for his set, the two men have kept close tabs on one another ever since. “And I always thought, if I ever got a chance to do something with him I’d love to make it happen,” says Vance. Earlier this year, East floated the possibility of touring together, and Vance immediately signed on. “Man, I’d love to do something outside of my normal wheelhouse, be a bit more creative, strip it back a bit,” East recalls thinking upon bringing the idea to Vance. East laughs and jokes that them joining forces next year “came out of my admiration for him and, on his side, probably just stupidity.”

Similar to the impromptu nature of their deciding to tour together, both men agree the forthcoming jaunt will be an exercise in letting go and taking risks. “The possibilities are endless,” East says excitedly of what promises to be one of the year’s most thrilling outings. “I really feel like it’s going to be like an exhibition boxing match every night. Hopefully I don’t get the crap beat out of me.”